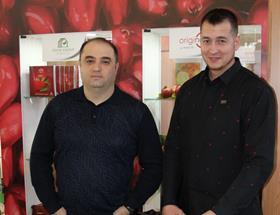 Last year, exports of tomatoes from Azerbaijan grew to 151,000 tonnes – at a value of US$151m, according to FruitNews. Of this volume, around 99.8 per cent was sent to Russia.

This increase reportedly grew Azerbaijan’s share of the Russian tomato market from 22 per cent to 30 per cent, despite intense competition from China.

Although China has increased its shipments of tomatoes to Russia by 26 per cent compared with 2016 to 109,000 tonnes, Morocco has seen its imports drop by 23 per cent to 97,000 tonnes.

Aside from these suppliers, Belarus sends around 70,000 tonnes, while Iran ships approximately 9,000 tonnes.

In total, according to the Russian Federal State Statistics Service (Rosstat), Russian imports of tomatoes grew by 11 per cent to 516,000 tonnes in 2017.In December, around 57,900 tonnes of tomatoes were imported, a remarkable 35 per cent increase on the previous December.

Azerbaijani exporter GP Alpha Greenhouse, part of Gilan Agriculture, sends its tomatoes to Russia, as well as to Qatar, but now the company wants to explore the European market.

“We have all the necessary certifications,” says the company’s Bogdan Aralov. “We are looking at Germany, Latvia, and Bosnia and Herzegovina. It’s not so easy, as tomato producers like the Netherlands and Spain are very strong in this market, and they benefit from higher yields.”

According to chief sales officer Rashid Aliyev, Azerbaijani tomatoes are the most expensive on the Russian market due to their quality.

“Our tomatoes are incredibly tasty,” he says. “This is because we don’t use many chemicals, even if this means our yields are lower. We use polytunnels, since we have enough sun in Azerbaijan and they are cheaper than greenhouses. In Russia, 'From Azerbaijan' is regarded by consumers as a mark of quality, and it is that reputation that we want to develop in Europe.”