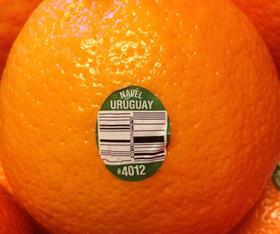 Uruguay’s 2021 citrus crop is expected to be slightly smaller than last year’s according to the latest government forecasts.

Leonardo Olivera, director of the General Directorate of Agricultural Services at the Agriculture Ministry, said this year’s lower volume was due to wind damage and localised hail damage sustained at farms in Salto last year.

Speaking at a meeting with the Citrícola Salteña producer union, Olivera said: “We saw significant damage, with a very important loss of production.

“Not only is production very low, but what comes out will not go to export because it was damaged by hail. It will have to go for processing – for juicing – or for internal consumption.”

He added that this would have a significant impact on revenue, as a tonne of mandarins can fetch US$1,000 on the export market but is worth US$180-US$200 if sold domestically or for processing.

Uruguay exported US$66m of citrus in 2020 with greater international demand caused by the pandemic resulting in better prices than in previous years. This year shipments are forecast to reach US$65m, roughly equivalent to 44 per cent of production.

The US was the main destination for Uruguayan mandarins while the European Union was the number one market for lemons and oranges.