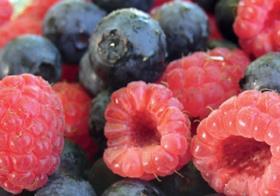 After recently separating its activities from the deciduous fruit industry body to create a new producer organisation in South Africa, the country's berry industry has now joined the umbrella body Fruit South Africa.

The move comes towards the end of the South African berry season. Berries ZA said it had another bumper season, with a further increase of 20 per cent in production as 2020 drew to a close.

Blueberry exports, the biggest part of the South African berry industry, reached 14,063 tonnes by the end of week 49. This compares with 11,703 tonnes at the same time the year before.

The other members of Fruit SA are the CGA, representing citrus, SATI, (table grapes), Hortgro (topfruit and stonefruit), Subtrop (avocados, lychees and mangoes), and the Fresh Produce Exporters’ Forum.

By all accounts Berries ZA has hit the ground running since its establishment earlier this year. The association said that it had been a challenging year for the young industry body, but that it has now joined various other bodies which will benefit the industry.

It has also started a Berry Joint Marketing Forum, a move that is seen as important to bring better coordination to exports and marketing.

During the next ten years South Africa is expected to see a steep rise in berry exports, particularly blueberries.

While in the past the Western Cape was the major berry producing region, production of blueberries is growing country-wide.

Fruit growers who in the past concentrated on certain product categories, are now also expanding into others – and particularly blueberries - in order to offer their clients a wider range of products.