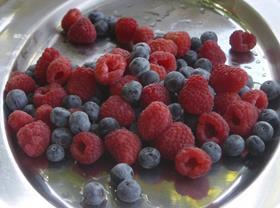 The signs of continued growth is already there and it is now predicted that plantings of blueberries will increase by 95% by 2023. “South Africans are very positive and excited about blueberries, but it’s not reaching the masses yet,” says Ms Schutte. “It remains expensive and a niche product.”

Inside South Africa blueberries is for a large part of the South African population something that will for a long time remain a luxury item. Ms Schutte says as production grow and more fruit is offered to South Africans in season this may change. “As the input and operational costs remain very high for growers, we hope that the prices will stay high enough for the industry to remain profitable.”

The Cape is the major growing region and there production will increase for 61% to 66% of the country’s total by 2023. Another fairly steep increase is expected in the Lowveld region of Mpumalanga, in the regions between Nelspruit and the Mozambique border.

The berry category is totally dominated by blueberries, blackberries and raspberries only making up a tiny part of production. The signs of the most recent explosion in production is found in the fact that the biggest part of the berry plants is less than two years old. This year the country produced 11 000 tons.

While the South African retail sector has in recent years strongly featured berries on their shelves in a market where there is growing awareness of the claimed health-giving qualities of berries, exports remain the core of the marketing business. This is where export figures shows another sharp rise in blueberry exports, rising from 1,545 tons in 2014 to 8000 tons this year.

“We start producing in June and July in the north of the country, and we carry on until February the next year when the later areas complete the season,” says Ms Schutte.

She says South Africa is not yet supposed to be importing blueberries at this stage. In past seasons while South African production was much lower, Polish blueberries featured on South African shelves in the late winter. Ms Schutte says this may well change in future because of pressure from the United States to get a slice of the South African market.

With the vast volume of South African blueberries ending up in the United Kingdom and Europe, and with growing sales in the Middle East, the question is where else in the world will South African berries be featured in future.

“China, Japan, Taiwan, South Korea and Canada at this stage seems to be the obvious answer,” says Ms Schutte. She however admits that it will still take a lot of work to break through into these markets.

“We have completed our phytosanitary information packets, and we have completed the Chinese market demand study to better understand the market, and to see if we can meet their specifications. We are also almost done with our socio-economic impact study to see what positive effect the opening of the Chinese market can have on the economy of our country in terms of job creation.”

She says trade tariffs, markets that are slow to open such as China and current open markets which are open and which might change to special markets due to phytosanitary issues remains challenges for the South African industry.

She says South African blueberries, raspberries and blackberries see their competition as other berries and snack food such as strawberries, and of course even sweet table grapes which is also a snack food which comes in a punnet.