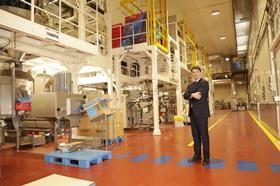 'We have been investing an important part of our resources in environmental sustainability for years,” Calcagni confirms. “We want now to strengthen and enhance our green objectives through the implementation of concrete actions that, within the next 15 years, will lead us to adopt a proper circular and virtuous system for all our production worldwide.”

“It will be made entirely with materials derived from cellulose: both the base, a real substitute for the current plastic trays, and the top film that closes it,” he comments. “It’s a solution designed to be completely recoverable on paper, a concrete and eloquent example of our commitment to the environment.'