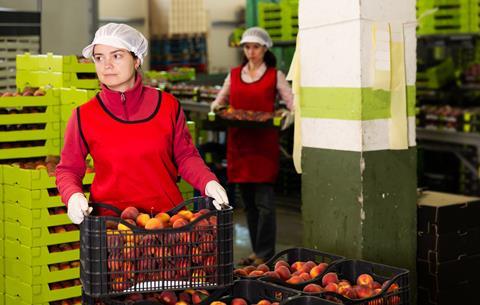 Spanish fresh fruit and vegetable exports decreased 10.5 per cent during the January-November period of 2022, totalling 10.7m tonnes, according to the latest data from the Department of Customs and Excise.

Fresh produce imports increased by 7 per cent, coming in at 3.4m tonnes, while the value of exports and imports climbed 1 per cent and 15 per cent respectively.

Imports grew strongly in volume and value, Fepex reported, with purchases of vegetables from overseas amounting to 1.6m tonnes (up 14 per cent) for a value of €1.04m (up 32 per cent).

Fruit imports for January-November totalled 1.8m tonnes (up 1 per cent) for a value of €2.37m euros, growth of 9 per cent.

”The drop in the volume exported up to November has occurred especially during the second part of the year, and to a large extent due to adverse weather conditions and the drop in production,” Fepex said, ”but the deterioration in profitability and the loss of competitiveness in European markets, as shown by the fact that the value of exports has only grown by 1 per cent, has not made it possible to offset cost inflation.

”The strong growth of imports in Spain, 7 per cent in volume and 15 per cent in value, also shows the loss of competitiveness of Spanish productions compared to productions from third countries,” Fepex added.