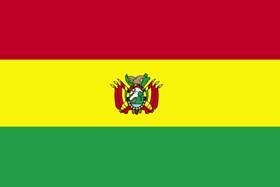 A new law is being debated in Bolivia that is designed to guarantee food security while preserving national sovereignty and protecting the environment, according to the UK's Guardian newspaper.

The Law of Productive, Communal and Agricultural Revolution will see the government investing some US$500m in sustainable policies to guarantee the local production of high quality food, while preserving and respecting the country's biodiversity.

A major part of the law will see the country producing its own seeds, according to minister Carlos Romero.

'`They` are a major factorin food production,' he told the Guardian. 'But in recent years we've seen an increase in their price across the world, because of a rise in oil prices and the monopoly exercised on seeds by a few corporations. That's why we want to create state-owned companies that produce seeds.'

Ciro Kopp, an agricultural engineer at the National Council for Food and Nutrition, said that Bolivia had become overreliant on monocultures, and that protecting the genetic make-up of its native crops was the only way for Bolivians to regain a diversified production and a better diet.

'Bolivia is a centre of origin of several Andean crops such as potatoes, quinoa, chili and corn,' he said. 'It is essential to strengthen the systems of production, natural selection and exchange of seeds that farmers have been doing for centuries. Our focus should be first of all to feed the country. If our priority is to export, what are people going to eat?'