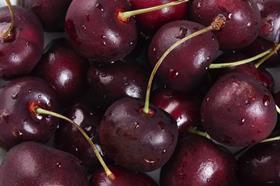 As Oppy continues to look for increased efficiencies and powerful partnerships across its operations, the grower-marketer has revealed it has brought together two cherry brands, Katicich Ranch and Brookside, to form Katco Packing.

Oppy will take on a strategic role in the new venture, where it is deeply involved with both partners, it confirmed.

“Oppy has a long history in the California cherry deal and through this move looks to streamline operations even further to grow our comprehensive offerings in line with demand,” said the group's senior vice-president, categories and marketing James Milne. “The move ultimately enables greater transparency, a deeper understanding of how the fruit is going to be looked after, as well as 360-degree logistical support backed by Oppy’s expect the world from us promise.”

Katco Packing will primarily offer high-grade Bing and Coral cherries from Katicich Ranch and the Brookside label, with the latter slated for domestic and international markets, whereas the Katicich brand will target exports.

Combined with Oppy’s Pacific Northwest cherry programme under the Orchard View Cherry brand, the grower now offers the fruit from May through to the end of August, supplying retailers nine months of the year thanks to their import programme.

“We’re incredibly excited with this new step forward as we look to realising the many advantages of aligning even more closely with partners such as Oppy,” Katicich Ranch’s general manager Matt Katicich said. “As the cherry category continues to grow every year, there remains many more opportunities to tap into, which is what we hope to achieve with Katco Packing.”

Oppy’s move comes to further augment its transition to the Pacific Northwest deal, which had an 'incredibly strong' season in 2020, the compny noted.