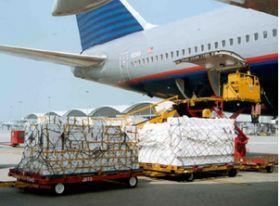 Air cargo sheds across Europe and North America are struggling to keep up with this year’s peak season demand, causing delays for the pick up and drop off of cargo, reports Air Cargo News.

In Europe, handlers at major cargo hubs Frankfurt Main, London Heathrow and Amsterdam Schiphol are all feeling the strain, the publication said.

Air Cargo News reported at the end of last month that there was congestion at Europe’s busiest cargo hub Frankfurt and the issue has yet to ease.

New import rules requiring each individual house air waybill to be pre-registered and high demand are the main reasons behind the congestion at the German hub.

As well as strong air cargo demand, issues in ocean shipping were causing modal shift and adding to demand levels, the forwarder added.

“London Heathrow is facing significant delays, as the cargo area is unable to cope and waiting times for vehicle collections and deliveries can be anything from five to ten hours, with the ever-present risk that the driver will ultimately be turned away,” the company told Air Cargo News.

“We are experiencing drivers running out of their legal hours of driving and having to replace with new shift drivers before they have even collected or delivered their air freight cargo whilst sitting statically outside the airline warehouses at the airports.”

Making the situation even tougher for handlers is the constantly shifting airline schedules that make it hard to pre-plan resource.

“Overall the market is not as good as it should be, with issues all over the place at the major US, European and Asian hubs and the likelihood is it will get worse, particularly when the handlers are short-staffed in many facilities, due to COVID operating restrictions and the ability to ensure that resource can be deployed for the surge in demand,” Metro said.