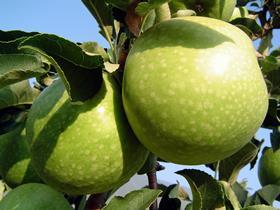 Catalonia is set for a lower topfruit harvest this season due to the impact of frosts and rains during the spring and localised hailstorms in June.

Production is down across all apple varieties, but the biggest fall is in Granny Smith, which will see a contraction of 28 per cent to 25,040 tonnes.

Afrucat said the harvest is running 5-10 days ahead of the 2019 campaign.
In pears meanwhile, output is down across the board, but most notable in Ercolini (down 21 per cent at 4,200 tonnes), and Williams and Bartlett (down 11 per cent at 16,490 tonnes).

Production of the main variety, Conference, is set to fall by 6 per cent to 68,290 tonnes. Afrucat noted that a good level of russeting is expected in this variety.

Geographically, Lleida and Tarragona are expecting a contraction of 7 per cent and 14 per cent respectively, while Girona’s crop is up 5 per cent and Barcelona’s by 2 per cent.

Planted area in Lleida, the main production region, has fallen by 3 per cent compared to 8,705ha while in Girona it has increased by 3 per cent to 182ha.

Again, the harvest is running ahead of last year by between five and 15 days, depending on the variety and region.