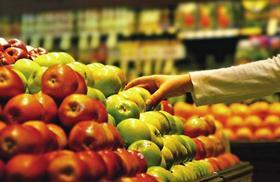 Average prices fell in most of Chile’s main markets in comparison to last season in response to the contraction in demand.