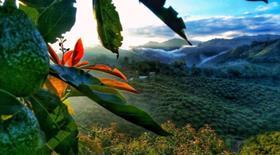 Corpohass, Colombia’s Hass avocado producer and exporter association, is to launch a new sustainability seal that could serve as a template for other produce sectors in the country.

In just a few years, avocados have become a major fresh produce export earner for Colombia, with shipments reaching US$95m in the first nine months of 2020, an increase of 34 per cent on the year-earlier period.

Corpohass said the label would celebrate the advances the industry has made in complying with national and international certification schemes such as GlobalGAP and Rainforest Alliance.

To obtain the seal, companies would undergo an evaluation to show that they comply with environmental, economic and social sustainability criteria in different areas, such as organisational governance; customer and supplier management; natural resource management; environmental culture; health and safety; and talent management amongst others.

Once the pilot is finished and the scheme has been launched officially, companies obtaining a compliance score of more than 70 per cent would be allowed to obtain a Hass Sustainable Superior or Hass Sustainable Premium seal.

“We believe that it is important to start setting an example in sustainable practices. The implementation of Sustainable Hass will allow the sector to continue generating and sharing value to stakeholders throughout the chain,” he said.

A total of 17 companies will take part in the pilot scheme, of which ten are producers and seven are packers/exporters. The seal will last for a period of one year, thereby encouraging companies to continually update their sustainability practices in response to the changing demands of the market.

Jorge Enrique Bedoya, executive president of the Sociedad de Agricultores de Colombia (SAC), described the creation of the seal as “a sign of the commitment of Corpohass and its affiliates to sustainability in all aspects of the production and marketing process, that will strengthen the differentiation of the Colombian Hass avocado in international markets”.

“There’s no doubt that submitting to a constant evaluation in matters of sustainability strengthens the self-management of the companies, raises their standards and contributes to the integral development of the sector in harmony with the communities they serve and with nature,” Bedoya said.

The pilot phase is due to be completed by the end of this year, after which companies will be able to apply for the seal once it has been officially launched.