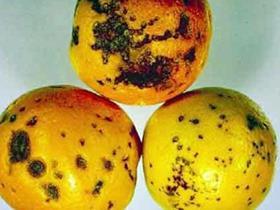 On the eve of the new South African citrus season, European organisations Copa and Cogeca sent a letter to EU Health and Food Safety Commissioner Vytenis Andriukaitis, calling for measures to be heightened in order to prevent the spread of black spot disease in Europe.

In the letter, the company highlighted recommendations made by the European Food Safety Authority (EFSA) warning that the Commission should not underestimate the high risk of black spot disease being spread by South African imports and contaminating European groves.

“Black Spot is a disease that is not present in Europe and its presence could have disastrous consequences on the citrus sector in producer countries,” said Copa-Cogeca secretary-general Pekka Pesonen. “The EU citrus fruit sector is crucial both from an economic and social point of view. It provides the EU with high quality produce, at the same time as ensuring employment for millions of people in EU rural areas, both upstream and downstream, especially in southern countries. We cannot take the risk of importing the disease. The impact would be catastrophic for EU citrus fruit producers, particularly as southern countries are already being badly hit by the severe economic crisis.”

Pesonen called on the EU to take new measures and enforce its Implementing Decision of 2 July 2014 in order to enforce tighter phytosanitary controls at ports of entry, particularly the main ones for EU imports, in the Netherlands and the UK.

“An article should be set up in EU law to enable the EU to decide automatically to shut its border on a precautionary basis to imports when there is a high risk,” said Pesonen. “This is a European phytosanitary problem, which requires a strong protection strategy that is coordinated from Brussels.”