Deon Joubert, the South African Citrus Growers Association’s special envoy for market access and EU matters, has released a statement warning of the potentially devastating damage that the country’s citrus industry is facing. 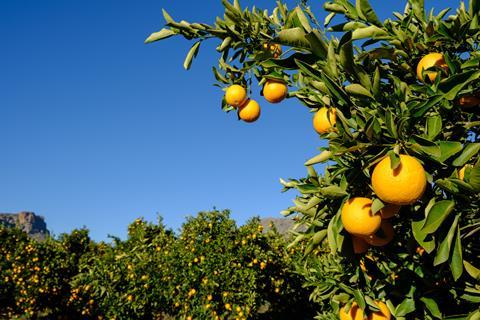 If these regulations – described by Joubert as ”drastic, and arguably misinformed” – are enforced this month, it could result in millions of cartons of citrus currently headed to the EU being destroyed.

”Despite objections from a number of countries, including European markets that currently import South African oranges, these new regulations were published in the Official Journal of the European Union on 21 June 2022 stating that these ’shall apply from 14 July 2022’,” Joubert outlined.

They require that imports of citrus must undergo specified mandatory cold treatment processes and precooling steps for specific periods (up to 25 days of cold treatment) before importation – in other words, before consignments are shipped.

These new requirements differ significantly from South Africa’s existing rigorous FCM Risk Management System, which has been highly effective in protecting European production from the threat of pest or disease, including FCM, over several years and is supported by the results of scientific studies published in international peer reviewed scientific journals.

”The nature of the cold treatment prescribed in the new regulations is contrary to scientific evidence, making it an arbitrary, unjustified and unnecessarily trade restrictive measure and accordingly contravenes international requirements for such phytosanitary trade regulations,” Joubert said.

Joubert pointed out that a ”significant portion” of South Africa’s commercial orange production would not be able to withstand the new prescribed cold treatment.

Organic and ’chem-free’ oranges are particularly prone to chilling injury and will be most severely impacted, even though no FCM interceptions have been reported in the EU on these environmentally friendly and sustainable orange types.

South Africa is currently engaging with its counterparts in the EU to reconsider these regulations on the basis that they ”carry no technical weight and appear to be nothing more than a politically motivated move by Spanish producers to freeze out Southern Africa citrus from the European market”.

”However, of immediate concern is the fact that there are currently numerous shipments of citrus fruit en route to the EU with phytosanitary certificates issued before 14 July 2022 based on South Africa’s existing systems approach,” he warned. ”These shipments will reach the EU after 14 July, by which time the EU’s new phytosanitary requirements will apply.”

As a result, an estimated 3.2m cartons of citrus valued at R605m (€38.4m) currently en route to the region could potentially be destroyed by authorities.

Joubert highlighted that this would not only result in large gaps in the supply chain and higher prices for European consumers, at a time when the region faces the real risk of food insecurity due to the ongoing Ukraine-Russian conflict, but would also severely threaten the sustainability and profitability of the South African citrus industry.

In particular, it will put 140,000 jobs that the local industry sustains, mostly in rural areas, at risk. The ”massively unjustified potential destruction of millions of cartons of fruit” also comes at a time when the EU has prioritised minimising food waste in supply chains across the region.

”The fact that authorities are trying to enforce these new regulations a mere 23 days after publication, making it impossible for South African growers to comply, highlights how unjustified and discriminatory this legislation is - with European consumers and local rural workers ultimately paying the price,” Joubert said.

”The CGA in conjunction with the South African government will continue lobbying against this restrictive legislation, which effectively pose the equivalent of a trade block for Southern African states,” he added. ”It would be unconscionable if political agendas result in millions of cartons of top-quality citrus being destroyed.”