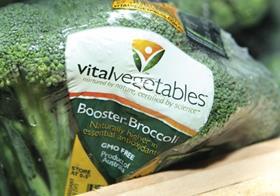 A study team from the Institute of Food Research (IFR) has obtained the first evidence from human studies of how diets rich in glucosinolates, such as glucoraphanin found in broccoli, can ‘re-tune’ cellular processes that get disrupted with age.

According to the researchers, whose work has been published in the American Journal of Clinical Nutrition, this re-tuning may contribute to the reduced risk of cancer seen in people who eat diets rich in broccoli and similar vegetables.

To study what effects glucosinolate consumption has on metabolism, the researchers at the IFR carried out human dietary intervention trials, making controlled and very specific changes to people’s diets over a period of time and providing the best possible evidence for the effects specific foods have on our bodies and metabolism.

Researchers found that people who ate high glucoraphanin broccoli had improved metabolism, and most of them had reduced levels of fatty acids in the blood and other lipid compounds that are associated with inflammation – concluding that this was because of a bioactive compound called sulforaphane that is derived from glucoraphanin. This switched on ‘antioxidant’ genes which reduced the excessive ROS in the cells enabling their metabolic machinery to work better.

A number of studies have shown that diets rich in cruciferous vegetables may reduce the risk of cancer, type II diabetes and other chronic diseases of ageing through the actions of glucosinolates, but this new study provides the first evidence from human intervention trials of the mechanism behind this protective effect.

In 2011, a high glucoraphanin variety of broccoli was launched in UK supermarkets following significant investment in research from the Biotechnology and Biological Sciences Research Council – Beneforté 'super broccoli'.