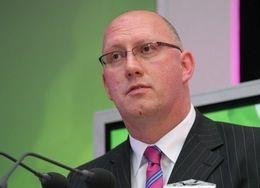 The Fresh Produce Consortium (FPC)has welcomed a move by the European Commission to lift the ban on certain types of fresh produce from Egypt, a move that it says has come just in time for the country'snew pea and bean exportseason.

However, the trade association has blasted the EC for issuing the ban in the first place, criticising it for a 'frustrating lack of knowledge of the industryand tardiness in recognising its costly error'.

The criticism comes in the wake of a decision by the Commission to publish an amended regulation that lifts the ban imposed on imports of certain fresh products from the country - a ban implemented on 7 July following the outbreaks of E.coli in Germany and France.

'This ridiculous and unnecessary ban jeopardised the viability of fresh produce businessestrading in Egypt and the UK,' said Nigel Jenney, chief executive of the FPC. 'It has taken weeks of intensive lobbying to get the Commission to correct its costly mistake, yet there will be no apology or compensation offered to those companies affected. It's just business as usual for the bureaucrats at the Commission, which has shown a complete lack of understanding of the fresh produce industry.

'It's vital that we look to restore public confidence in all fresh produce,' he added. 'FPC is seeking views from its members currently on a proposed bid for EU funding to support a major promotional campaign for UK fresh produce in the EU, and we'd like to hear from those interested in supporting such a bid.'