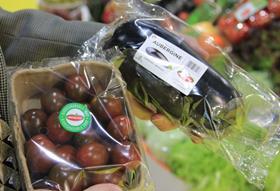 'In the agricultural sector, Elite Agro has an agribusiness investment plan in Subang, West Java,' he said, 'which is expected to be realised as soon as possible.'

'We see that there is a large market potential, not only in Indonesia and the UAE, but the UAE is a distribution centre for Africa and the Middle East,' said Thohir. 'We want to make sure the standardisation is good. This is what we lack in producing food products. We are still inferior to neighbouring countries. So, through cooperation with the UAE, we want to increase the quality of food production while at the same time securing food needs in Indonesia.'