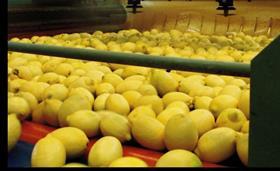 The European Commission has announced that it is to strengthen controls on imports of Turkish lemons following an increase in the number of detections of high levels of pesticide residues in the past two months.

Since the beginning of September, when the EU implemented its Rapid Alert System for Food and Feed (RASFF), five batches have been rejected – one in Greece and four in Bulgaria.

As a result, it will increase the frequency of checks, including laboratory analysis, from 10 per cent to 20 per cent of batches from 1 January 2017. This means that two out of every ten trucks will now be inspected at the European border.

Spanish lemon and grapefruit interprofessional Ailimpo issued a statement saying: “This is an express, official acknowledgement by the European Commission of the risk of lemons from Turkey insofar as non-compliance with community legislation regarding pesticides”.