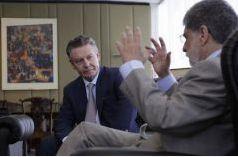 European Union (EU) trade chief Karel De Gucht has reportedly suggested that a Free Trade Agreement (FTA) between the EU and Mercosur could be signed “in less than a year”, despite France’s opposition to a deal with the South American bloc (which comprises Argentina, Brazil, Paraguay and Uruguay).

“What we hope is that we could come to an agreement within a reasonable time span, ideally before the next summer holidays,” Mr De Gucht said, referring July 2011, according to a report by Mercopress.

Speaking in Brazil yesterday (Tuesday 14 September) after a meeting with Brazilian Foreign Minister Celso Amorim and Trade Minister Miguel Jorge, the EU commissioner said both sides would lay on the table their terms for agreement by the end of 2010.

Despite acknowledging that agriculture was a “very sensitive” issue in Europe and that “certain countries” were critical of the talks, Mr De Gucht insisted that it was the EU which was negotiating the deal.

Mr De Gucht is scheduled to visit Argentina today (Wednesday 15 September), and is expected to travel to other Mercosur member countries Uruguay and Paraguay before the end 2010.