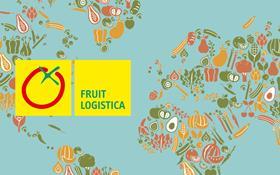 As a result, industry players can access valuable information free of charge and use it to make better business decisions.

As the industry prepares to return to Berlin for the world's leading fresh produce trade fair on 5-7 April 2022, the publication has been expanded this year to include Portugal, Austria, Croatia, Hungary, Bulgaria, and Romania.

The latter four EU members in south-eastern Europe hold great production potential that has been, up until now, only partially tapped.

Here are five important takeaways from the European Statistics Handbook 2022:

1. Following a slump in off-trade demand in the first year of the pandemic, the situation in Europe alleviated somewhat in 2021, although there has not yet been a return to pre-2020 levels. Thus, a further increase in retail sales of fresh fruit and vegetables was not expected. In fact, preliminary results from various European countries indicate a stagnation or slight dip in sales, even if they are still well above 2019 figures. Consumer spending increased slightly.

3. Talking of prices, these increased more significantly – especially as the costs of energy and fertiliser rose – and were accompanied by a spike in wages. Producers and traders are seldom in a more secure position than they were one year ago, despite the price increases. Higher energy prices are a concern for producers involved in protected cultivation in north-western Europe, however, and led to later planting times for the 2022 season.

4. Increased logistics costs and an unprecedented scarcity of containers threaten the external trade of many export-oriented countries. However, the effects will only be quantifiable later on, as there were no noteworthy restrictions in 2021.

5. The effects of Brexit on the flow of goods were less than originally feared, and deliveries from the mainland to the UK decreased only slightly.

The European Statistics Handbook 2022 was produced by Agrarmarkt Informations-Gesellschaft (AMI) in conjunction with Fruitnet Media International. It is published by Fruit Logistica, which takes place in Berlin on 5-7 April.