Facing up to seasonal challenges 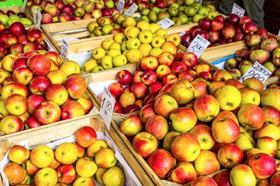 Rajpol went through what it described as a challenging apple campaign in 2020/21. And while volumes are set to increase for the Polish grower-exporter this year, there are still hurdles to overcome.

The group’s Dominik Wozniak, who is also the president of the World Apple and Pear Association, told Fruitnet that sales were expected to reach similar levels to those seen in 2019 during the campaign.

“After a good 2019/20 season, especially the spring and summer period of 2020, we were very optimistic about season 2020/21,” he explained. “However, now it has come to an end, we can say that it was one of the most challenging apple seasons of the past five years.

'Right now, we have the situation in Poland where there are still plenty of apples left, when the new crop will come right at the start of September with Gala.”

This year, Rajpol is expecting to produce around 15 per cent more apples than in 2020/21, although it is not volume but exports that are causing a concern.

“This season we see big problems with exports outside EU – and I’m not talking about Brexit and the problems with sales to the UK,” Wozniak continued. “Even more problematic is the situation regarding exports to eastern countries, for example Belarus. Right now we have decided to focus on the EU market and of course our domestic retailers in Poland.”

Polish apples received a boost last year during the onset of the Covid-19 pandemic, with less fruit from overseas on the market and consumers looking to eat healthier. However, Wozniak now sees a similar playing field as in 2019.

“When the Covid pandemic started we noticed an increase in sales of our product,” he confirmed. “This was for two reasons – firstly there were problems with logistics and a lack of fruit from outside of Europe, and secondly people wanted to eat more healthily. Right now, I think that sales will go back to how they were in the 2019 season.”