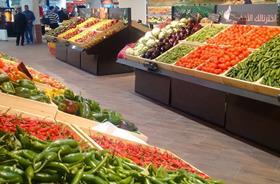 Under the slogan “Meet the Producers”, the event gave participants a chance to sample produce from Fair Trade Lebanon’s cooperatives, with live cooking shows and culinary workshops for children.

The event also hosted Souk Jana Loubnan, a fresh fruit and vegetable market, with more than 30 cooperatives featuring their products, as well as recycling activities.

Lebanese farmers currently export more than 70 products through the Fair Trade Lebanon network, to Europe, Australia, the Gulf and the US, An-Nahar reported.

“Today is an opportunity for people to meet the trustworthy producers of these products,” Massabni said.

Fair Trade Lebanon believes it offers a viable economic model to farmers in rural regions of Lebanon. It provides around 50 cooperatives with equipment and training sessions on hygiene, quality control and best practices according to Fair Trade regulations and principles.

“I encourage people to buy from local producers because it’s not only about the money, it’s a whole mission and a commitment to our home country.”

The event was supported by minister of economy and trade Mansour Bteich who commended Fair Trade Lebanon. “The event today celebrates teamwork and promotes the relationship between people and their country,” he said. “It is a source of hope for all the producers and especially women, who make up half of the society.”

Mohammad Al Saleh, member of a Majdala-based cooperative, said the event was a great chance to unite consumers with producers.