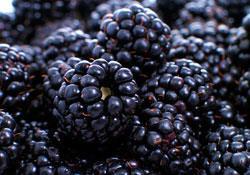 The University of Florida Institute of Food and Agricultural Sciences (UF/IFAS) has said that it wants to help the state's blackberry farmers boost their output.

The UF/IFAS team acknowledged that blackberries face several barriers in the market, noting that, like all crops in Florida, blackberries could grow better if they improved their tolerance to the heat, humidity and wet climate of the state.

Zhanao Deng, a professor of environmental horticulture at the UF/IFAS Gulf Coast Research and Education Center (GCREC), and his team have won a US$76,000 award from the UF/IFAS Research Office, with Deng and his colleagues planning to decrease obstacles so the blackberry sector can flourish.

The money comes from a programme called 'Support for Emerging Enterprise Development Integration Teams' (SEEDIT), and through this programme, 19 UF/IFAS teams earned monetary awards to launch or continue work on alternative agricultural enterprises.

“The blackberry has emerged as an important alternative crop for Florida growers,” Deng and his team wrote in their application for the funding. “Many Florida farmers are interested in growing it. Our visits to - and an online survey of - Florida blackberry growers indicated that the most concerning issue is low berry yield.”

According to UF/IFAS, there are many reasons blackberries don’t produce as much as they should.

Florida growers don’t have the right varieties to plant, and they don’t have tools to manage blackberry plants and pests. Furthermore, the plants differ significantly from other fruits and berries in how they grow, their requirement for chilling hours and how farmers can manage their stems and pests.

“To break these chokepoints in an effective and efficient way and to promote a blackberry-based agricultural enterprise in Florida, we have organised this research and extension team,” Deng said. “We will expand our team and are committed to integrating our experiences and expertise in multiple disciplines to address urgent issues faced by Florida growers and stakeholders.'

Blackberries are the fourth largest-selling berry in the US, accounting for US$549m in 2016, according to the US Department of Agriculture.

In Florida, blackberries constitute only a small portion of the acreage, with Deng and his team hoping to increase blackberry acreage to 1,000 acres.

Agehara has been trying to develop chemical strategies that can artificially induce bud break, so blackberries can be productive even without sufficient chill hours.

Meanwhile, blackberry trials at the University of Arkansas show climate-adapted cultivars under proper plant and pest management produced as much as 17,000 pounds per acre.

If the average blackberry yield in Florida is increased to 8,000 pounds per acre, the per-acre value could reach as much as US$35,360.

This yield is achievable in Florida, as one grower had reported 14,175 pounds per acre, Deng said.

Even with a moderate yield of 8,000 pounds, blackberry production could be highly valuable, and more growers would want to grow the fruit, Deng said. In fact, if the acreage goes up to 2,000 acres, the value could be US$70m per year.

“These models indicate that blackberry production can be a highly profitable agricultural enterprise in Florida,” Deng concluded.