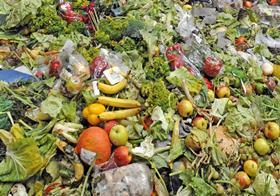 France remains at the top of The Economist Intelligence Unit’s 2017 Food Sustainability Index (FSI), repeating its success from 2016.

The index ranks 34 countries according to their food system sustainability. Together they represent over 85 per cent of global GDP and two-thirds of the global population. It was developed by the EIU with the Barilla Center for Food & Nutrition Foundation (BCFN) as part of a research programme commissioned by BCFN.

“In a world where a third of all food produced globally is either lost or discarded, according to estimates from the UN's Food and Agriculture Organisation, France has been in the vanguard of policies and measures to reduce such losses,” the EIU said.

Although high-income countries tend to perform well in the FSI, there are several outliers. Despite having the highest GDP per head, the UAE ranks last, while Ethiopia, the poorest country in the FSI, came in 12th.

In common with other countries in the Arab world, the UAE has a high level of food waste, rising levels of obesity and receives a low score for sustainable agriculture, reflecting a scarcity of water and subsequent reliance on depleting aquifers and expensive desalination plants.

Meanwhile, the US languishes in 21st place in the overall FSI. The country achieves only 31st place in sustainable agriculture, while in terms of nutritional challenges, the US ranks 24th, dragged down by elevated levels of consumption of meat and saturated fat. Moreover, the sugar content of diets in the US is the highest among the 34 countries in our study.

“However, major global developments such as climate change, rapid urbanisation, tourism, migration flows and the shift towards Westernised diets put food systems under pressure. The Food Sustainability Index is an important tool to help policymakers and other relevant stakeholders to design effective policies to improve food system sustainability.”