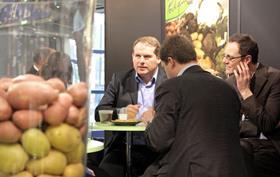 French exports showed an increase of 1 per cent during the month of December, compared with 2018, driven in particular by increased sendings to eastern Europe and, to a lesser degree, Italy, according to the CNIPT, France’s national potato committee.

Exports to Italy recorded an increase of 8 per cent for the month of December, compared with 2018, and Italian imports are expected to accelerate between February and April, the traditional peak for purchases from local importers.

In Poland, however, sales remain moderate due to strong competition from Germany, while exports are down to Spain, Portugal and Greece.

“In Spain, substantial stocks from the large 2019 local harvest have put Spanish operators in a strong position,” the CNIPT stated. “The price-quality ratio is also an influencing factor on some French supplies to Spain.”

According to the CNIPT, the quality-price positioning of French supplies will be a big challenge going forward, given the “calmness” of the market and the heightened competition that comes with the arrival of off-season, newly harvested potatoes from the Mediterranean, combined with the continued presence of Egyptian supplies on certain export markets.