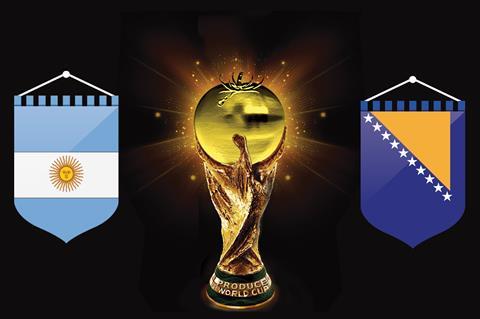 Romain Corneille:All Lemon controls the quality of Argentine lemons by monitoring and managing the country’s exportable offer at the packhouses. As of today, 16 of the leading companies, which together represent around 85 per cent of Argentina’s total lemon exports, make up All Lemon.

Hasib Nezić:Our company employs ten people and is one of the biggest in country. Our main business is producing fruit, mainly plums, apples and pears. We export plums to Europe. Because of that, it is very important for us that we have new cold storage systems.We also do wholesale trade in Bosnia. Because we cannot fill up the market just with our product, we buy fruit from our domestic producers and also some from Europe. We are the exclusive distributor of the Evrosad brand for Bosnia, from whom we buy 2.000 tonnes of fruit yearly. Most of the fruit we sell in domestic markets.

RC:Argentina is a cathedral of football. We all play football, it is our daily passion and topic of conversation. We are also recognised throughout the world because of the quality of our players. It’s a similar story with our lemons, of which we are equally proud. The World Cup is an event that we all look forward to with great hope and that nobody wants to miss.

HN:I think that playing in the World Cup Brazil is one of the most important events for people in Bosnia, because football is a significant sport in our country. This is also a good opportunity to represent Bosnia on the world stage.

RC:Whenever the World Cup has been held on Latin American soil, a Latin American country has won it. Therefore we expect that Argentina will be among the top three finishers – and hopefully the country that wins the final.