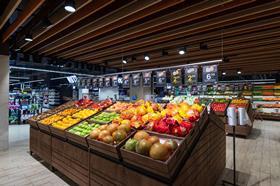 In a letter to the European Commission on 4 February, Freshfel Europe summed up its concerns on the mulitples consequences for fresh produce of the Belarus embargo.

The Association urged EU authorities to take steps to support the fresh produce sector after the new trade restriction.

'The sector is one more time the bargaining chips of geopolitical dispute,' Freshfel stated. 'The Belarus embargo is affecting close to half a million tonnes of EU exports adding up on the impact of other not yet recovered embargos. These trade restrictions represent annual market disruptions worth €3bn.'

Belarus ranks as the second destination for EU fresh produce exports, representing more than 10 per cent of the bloc's overall export volumes.

'The embargo challenges a business value worth €250m,' said Philippe Binard, Freshfel general delegate. 'This embargo is added to the not yet recovered Russian embargo, representing lost businesses worth €2.5bn, while the Algerian embargo represents a business prejudice of €200m.

'The fruit and vegetable sector is frustrated to be the bystander and the bargaining chips in geopolitical dispute,' he outlined. 'Altogether, €3bn of fresh produce business needs to be repositioned annually.”

Market diversification is not straightforward and is usually a long process, Freshfel said. Fruit orchards are long term investments and business channels cannot be easily shifted.

The Belarus embargo leads to both direct and indirect consequences for European growers and operators. Long-standing businesses with Belarus importers are suspended and market instability for specific products and varieties are impacting both the EU exports and the EU internal markets.

Consequently, Freshfel Europe has called on the European Commission to consider a diversity of measures to address the ban, supporting all directly or indirectly affected stakeholders.

“We have identified and submitted to the European Commission five different areas of activities and a total of 12 measures where mechanisms need to be introduced,' Binard said. 'Those cover assistance for the EU market stability, renewed efforts to open new markets, specific aspects relating to the Belarus and Russian embargoes as well as specific issues relating to customs procedure for re-export and transit.”

Freshfel said it would closely monitor the situation and work constructively with the European Commission to cope with the new market access challenge for the sector.