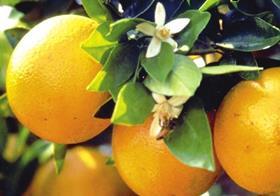 According to Freshfel Europe, citrus production in the Northern Hemisphere, comprising the Mediterranean basin and the US, is expected to reach 21.9m tonnes this year, an increase of 0.5 per cent over last year.

Production in the Mediterranean basin is anticipated to hit 17.4m tonnes. Spain is expecting a 20 per cent decrease in its citrus production, which will fall to 5.4m tonnes, while Morocco and Israel are both predicting a 1 per cent decrease.

On the other hand, production increases are expected in Turkey (9 per cent), Egypt (5 per cent), Greece (8 per cent) and Cyprus (3 per cent).

Italy is set to experience a recovery of production, according to Freshfel, with a 36 per cent increase, bringing the country back to levels registered in the 2007/2008 season.

On the other side of the Atlantic, US production is expected to increase by 2 per cent to just under 4.5m tonnes.

Examining the data by category, orange production is forecast to be 0.9 per cent higher than last season, although volumes in the Mediterranean Basin are set to fall by 1.2 per cent.

The drop is due to a fall in production in Spain (27 per cent), Israel (19 per cent) and Morocco (10 per cent), more than cancelling out expected increases in Italy (53 per cent) and Egypt (5 per cent). Production is the US is forecast to rise by 11 per cent.

Finally, grapefruit production is expected to decrease by 1.2 per cent overall, due mainly to a fall of 9 per cent in US production. Volumes in the Mediterranean Basin are set to rise by 18 per cent, with the most significant increase coming from Turkey, with 50 per cent. Drops in production are expected from Spain (15 per cent) and Israel (2 per cent).

Spanish export volumes are forecast to decrease by a mere 1 per cent, despite the significant decrease in production, with grapefruit and easy peeler exports remaining constant, and oranges and lemons decreasing by 1 per cent and 4 per cent respectively.

Israel is set to increase exports by 4 per cent overall, with increases forecast for easy peelers (15 per cent) and grapefruits (3 per cent), despite a drop in lemons (15 per cent).

Finally, Morocco is expected to register the largest decrease in exports, of 18 per cent overall. Orange exports are set to fall by 29 per cent, easy peelers by 7 per cent, and grapefruit and lemon exports by 54 per cent.