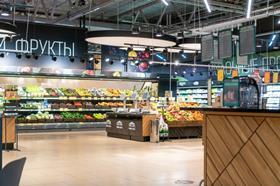 Following the announcement on 6 December that Belarus was implementing an embargo on food imports from the EU, Freshfel Europe has expressed concerns about the new restrictions and the impact on European fruit and vegetables

The Belarus ban, which was in response to international sanctions, also applies to the UK, Norway, Iceland, Switzerland, North Macedonia, Albania, the US and Canada.

According to Freshfel, the embargo affects around 10 per cent of current EU fresh produce exports to third country markets.

Fruit and vegetables were included in the list along with other food categories such as meat, dairy products and confectionary, while seeds were excluded.

Belarus Decree Nr 700 will see restrictions come into place on 1 January 2022 for a period of six months.

Freshfel said that the Belarus embargo had far-reaching implications, and would challenge current EU exports which were already under pressure because of SPS hurdles, growing protectionism and new Covid-19 constraints such as increased market access controls and other international logistics difficulties.

'In 2014, the Russian embargo deeply hit the fresh produce sector, challenging a well-established business of more than 2m tonnes of exports to a neighbour market,' he continued. 'The European fruit and vegetable [business] is already bearing about a third of the €7.5bn-worth burden of the Russian embargo.

'Later in the decade, the Algerian embargo affected close to 300,000 tonnes of exports. Most recently, the USA also included fruit and vegetables in retaliation measures impacting in particular the citrus category. Freshfel Europe can only lament that fruit and vegetables are too often taken as bargaining chip for other disputes.”

The Belarus embargo could potentially impact around 400,000-500,000 tonnes of fresh produce exports from the European Union, affecting a wide range of fresh fruit and vegetables including primarily apples, pears, strawberries, and tomatoes.

The new restrictions would impact the whole European fruit and vegetables supply chain with a direct business value of around €300m, Freshfel confirmed.

“Several European suppliers are on the frontline of the new restrictions,' Binard explained. 'Poland is by far the main supplier to Belarus with more than 250,000 tonnes exported in 2020 and 350,000 tonnes in 2019. Other suppliers include Lithuania, the Netherlands, Spain, Greece and Italy.”

This embargo comes on top of other market access challenges for EU exports, with SPS restrictions still applied around the world by several countries.

Freshfel Europe has denounced on numerous occasions those SPS restrictions and the lack of reciprocity in market access conditions.

“In the case of Russia and reciprocity, the fresh produce sector is still eager to see this neighbour market reopen soon,' Binard said.

'It is important to underline that in recent years, the European Union, while not allowed on the Russian market, started to witness Russian export of several vegetables to the European Union, namely cucumbers and tomatoes. The volume imported by the EU from Russia experienced a rapid growth and is now already reaching close to 40,000 tonnes, mainly produce grown from seeds originating from the EU and carefully excluded by Russia and Belarus from their embargo list.”

Given the new restrictions put in place by Belarus, Freshfel Europe has called on EU authorities to protect and support the fruit and vegetables sector from the consequences of collateral damage caused by this and other disputes.

'Fruit and vegetables play an important role for sustainable food production, supply, and consumption,' the association stated. 'They actively contribute to healthy diet benefits for consumers in Europe and around the world.

'The role of fruit and vegetables was widely recognised throughout 2021 during the celebration of the International Year of Fruits and Vegetables. These achievements should not be jeopardised by political embargo.'