Fyffes has revealed that it has partnered with independent experts in its fruit production countries to better understand the needs of its neighbouring communities and collect essential information to support its ongoing human rights and environmental due diligence. 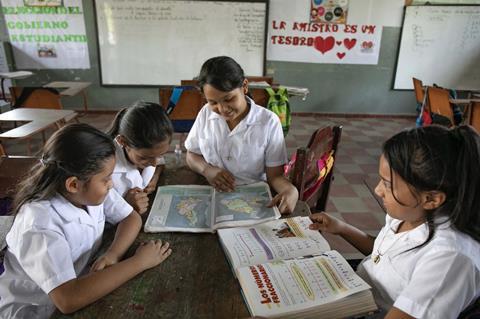 One of the company’s sustainability targets is to ensure that 100 per cent of its priority communities are engaged in resilient socio-economic community projects out of Fyffes four community investment areas – nutrition and health, climate change resilience, gender empowerment and promoting access to education – by 2030.

Fyffes worked with several experts and organisations to anonymously survey over 2,200 participants from communities surrounding its farms in Belize, Costa Rica, Ecuador, Guatemala, and Honduras, beginning in 2021.

The company noted that, despite the wide range of different locations in Fyffes production footprint, some common themes emerged as priority areas for development.

Fyffes highlighted a number of projects which are helping to address these community needs, such as medical brigades in Honduras and Belize, fruit donations to schools and foodbanks, infrastructure improvements in schools to support children returning to school post-pandemic in Belize, Costa Rica, Guatemala and Honduras and a gender equality programme, which Fyffes has begun rolling out in all its Latin American operations.

“The UN Guiding Principles on Business and Human Rights require companies to understand their role in causing or contributing to human rights impacts,” said Fyffes sustainability manager Stella Davis. ”The first step to achieving this is to firstly understand how the organisation impacts human beings living and working near or on their operations.

”The insights provided by the communities on what really matters to them informs how we allocate our donation budget,” Davis added. ”In addition, Community Needs Assessments ensure we anticipate emerging legislation on environmental and human rights due diligence.”