Fyffes ends first half with cash to spare 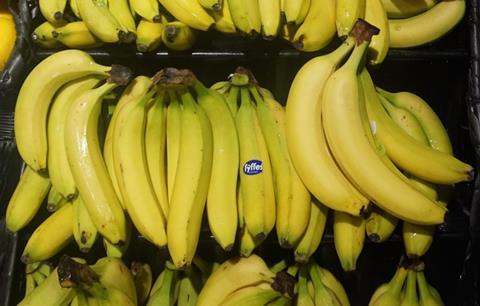 Irish tropical fresh produce company Fyffes has reported strong trading figures for the first half of the financial year, including an operating profit of €31.2m.

The result was 38.2 per cent higher than during the same period last year, mainly due to the fact that fines owed to the European Commission by Fyffes’ German import joint venture Inter Weichert – for breaching competition rules governing the supply of bananas in the EU during the period 2000-2002 – were less than in the year-earlier period.

“Fyffes is pleased to report a continuation of the strong growth in earnings achieved in recent years, with a 12.2 per cent increase in adjusted [earnings per share] in the first half of the year,” commented group chairman David McCann.

The group also reconfirmed that it was targeting increased earnings (before interest and tax) for the year of between €44m and €50m. “This demonstrates the group’s ability to quickly adapt to prevailing market conditions given the significant adverse movement in exchange rates earlier in the year,” McCann added. “Fyffes continues to pursue increases in selling prices in all markets in this regard.”

Total revenue including joint ventures increased by 8.7 per cent in in the first half to €644.3m. Group revenue, meanwhile, which excludes Fyffes’ share of its joint ventures, amounted to €540.6m for the same period, up 10.3 per cent.

Those increases were in part due to favourable changes in the value of the euro against both sterling and the US dollar when converting sales made in those currencies.

In addition, Fyffes delivered modest organic volume growth in the banana category, combined with some price increases in each product category. “Fyffes delivered a very satisfactory result in the banana category in the first half with operating profits €2m higher year on year,” the group said in its half-year report. “This was achieved notwithstanding the significant adverse change in exchange rates due to the strengthening late last year and early this year of the US dollar against sterling and particularly the euro.”

The fact that key the cost of running its banana business – including logistics, fuel and other import and operating costs in the UK – was cheaper in the first half of 2015 helped Fyffes significantly. Banana volumes, meanwhile, saw a modest increase in the period mainly thanks to rising demand from existing customers and price increases, it said.

Fyffes' pineapple operations reportedly achieved a strong result in the first six months of the year with a €0.9m increase in profits, aided again by lower input costs and despite exchange rates exerting similar pressure. The group said its average selling prices were higher than in the first six months of 2014, in part due to a downturn in available volumes in the market.

Finally, its US melon business delivered a “satisfactory” result, with profits similar to what was described as a “very strong” result in the same period of 2014, “particularly given the prolonged period of poor winter weather experienced in the US earlier this year”. Weather issues in production regions apparently resulted in a slight fall in total volumes, contributing to an increase in production costs. “The group secured a modest level of price increases in response,” it stated.