Greece, a true force for fruit 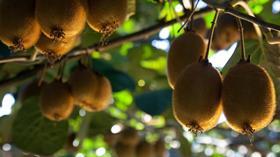 With the evolution of technology and increasing globalisation of communications and transport, competition has intensified for all goods, including fresh fruit. For a country to survive in this competitive environment, it has to keep a steady flow of products, with minimal transport times and high quality, all at a reasonable price.

Fresh fruit, like meat and vegetables, is a difficult commodity to trade. Transportation has to be immediate and fast to retain freshness, but the low prices received by growers are often unsustainable given the high costs. The EU is providing financial assistance to many growers, but seasons when producers will struggle to break even are now expected to occur more frequently.

Greek growers may not lead the agricultural sector when it comes to innovative solutions, but they adapt quickly to changing markets. They have realised that specialisation is the key to survival, as opposed to growing small quantities of various fruits and vegetables. Kiwifruit, cherries and seedless table grapes are among the commodities in which Greek growers have specialised – smartly, as it turns out.

Kiwifruit has been growing in Greece for more than 40 years, but it is only in the last decade or so that the fruit has received proper attention from growers and government alike. Thanks to the continuous efforts of Greek exporters, not least Proto, which is the country’s leading fruit exporter, high quality Greek kiwifruit is available globally.

The power of cherries

Cherries are a very difficult fruit to handle, with a small window of approximately one and a half months to harvest, pack and ship to retailers. There are many different varieties available with distinct characteristics. While size is obviously important, colour, crunch, taste and shelf-life also make good varieties stand out the rest. While many varieties are grown in Greece, Germensdorfer, Ferrovia, Skeena, Cordia and the Greek Bakirtzeika are the main exports.

Exports stand at 20,000 tonnes a year, with the main markets being Germany, Italy and Scandinavia until late July. According to Kallitsis, Proto handled 4,000 tonnes in 2017 and almost 5,000 tonnes in 2018, making it the leading Greek exporter. In 2017, Proto invested in a 20-line optical sorter/grader with a capacity of 30 fruits per second, allowing the company to handle 10 tonnes of cherries an hour, depending on the size of the fruit.

Unfortunately for the EU, and Greece in particular, it is difficult for growers to remain competitive in the global table grape market. According to Kallitsis, farms in Greece are usually small, making costs difficult to bear. Victoria, Crimson and Thomson are the main varieties exported from Greece, predominantly to other EU countries, above all the UK and Germany.

Demand is increasing for seedless grapes that are available for a longer period, up until Christmas if possible, which has led to the planting of later varieties. Proto is testing more than 12 new varieties of white, red and black grapes to satisfy this demand, according to Kallitsis.

“The 2018 season looks to be arriving early, and we aim to reach 1,000 tonnes of seedless Crimson and Thomson, plus small quantities of the newly arrived Arra,” said Kallitsis. “Table grapes have a lot of financial potential for growers, packers and retailers, and the coming years look promising for the grape trade, especially due to the new varieties coming into play.”