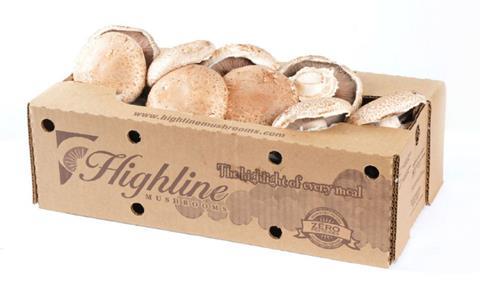 The Highline Mushrooms acquisition was completed in April 2016

Irish fresh produce multinational Fyffes has revealed its revenue increased dramatically during the first half of 2016 thanks to volume growth in bananas, pineapples and melons as well as the addition of sales at Highline Produce, the Canadian mushroom company it purchased in April.

With some price inflation contributing to the improved result, an increase in tropical fruit sales reportedly included new revenue resulting from the US$30m investment Fyffes made in late 2015–in part to expand its US melon import business.

That investment included an additional 2,500ha of leased land, 100ha of owned land, four packhouses and additional equipment in Central America, increasing the group’s melon capacity by 25 per cent ahead of the 2015/16 US import season, which began in November.

Prices up, fuel costs down

As for profitability, Fyffes was also able to post healthy results for the January-June period: its earnings before interest, tax, depreciation and amortisation rose 11.3 per cent to €44m, with the equivalent figure minus depreciation charges was 6.6 per cent up on the same period of 2015 at €36.6m.

Excluding Highline’s contribution, that adjusted EBITA figure was reportedly in line with last year’s result, apparently reflecting strong performances in the pineapple and melon categories that offset the effect of “relatively difficult” market conditions in the banana category.

Overall, price increases across all three fruit categories, plus a decrease in fuel costs, benefited the group’s bottom line.

Trading conditions in the banana category were challenging, it said, mainly due to the further strengthening of the US Dollar against sterling and the euro.

“In response,” it said, “Fyffes has secured some price increases to date but this has been insufficient to offset the impact of the adverse exchange rates, and the group therefore continues to pursue further price increases in all markets.”

Nevertheless, organic growth led to what the company described rather mysteriously as “a satisfactory mid-single digit percentage increase in volumes”.

Fyffes’ pineapple operations, meanwhile, did well despite the exchange rate challenge, since a lower proportion of its pineapple volumes are sold in the UK compared with bananas.

“Total volumes sold increased by a strong mid-teens in percentage terms in the period,” it noted.

In the US, Fyffes’ melon business sold 20 per cent more fruit in volume terms, following the acquisition of additional production in Guatemala.

Fyffes chairman David McCann welcomed the news that the group remained on track to reach its earnings target this year.

“The result for the first half of the year was satisfactory given the difficult prevailing market conditions, including adverse currency movements as a result of the weakness of sterling and the euro against the US dollar,” he commented.

McCann said the group was “very pleased” to have completed the Highline purchase during the first half of the year and was satisfied with its performance since then.

“Highline has performed in line with our expectations for the three-month period post acquisition.

He added: “The first-half results in the group’s other product categories were in line with the same period last year in aggregate, with strong performances in the pineapple and melon categories.”