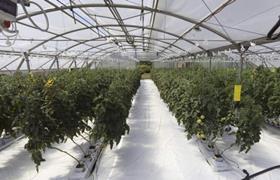 Honduras is developing the first ‘intelligent agropark’ in Central America. The project involves the construction of state-of-the-art greenhouses to produce vegetables for the export market.

The first phase of the scheme, known as Agroparque Lempira, is the development of a 7.5ha production site costing US$10m. When complete, the park will cover an area of 100ha, costing around US$100m. It is due to open in the second half of 2015, when approximately 90 containers of produce will be exported.

Fernando Villatoro, general manager of the company overseeing the project, said the aim is to find new customers in markets such as Chile, Brazil and Japan.

Moisés Molina, vice minister of the Honduran Agriculture and Livestock Service (SAG), said the work marked “the beginning of a revolution in the country’s agriculture industry that would drive forward the whole economy”.