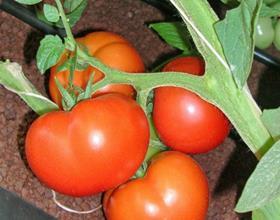 Israel produces just over 200,000 tonnes of fresh tomatoes per year. Consumption per capita remains high, at around 20kg per year for standard varieties and 3kg per year for cherry tomato varieties, which make up 20 per cent of production.

Two-thirds of these exports go to the EU, mainly the Netherlands and Germany, as well as to the UK, while the rest is sent to Russia and Slovenia.

Various factors have contributed to the significant decline in exports, including the high costs of labour and irrigation in Israel, both of which are crucial for tomato production.

Despite the decline in exports, Israel has become a hotbed for tomato breeding. Hebrew University and the Volcani Institute, the institutions that produced the leading tomato varieties from the late 1950s, are still active, usually in conjunction with the leading seed companies.

Tomatech has become a world leader in varietal development and is presently advertising resistance to ToBRFV, as is another Israeli company, PhiloSeed.

Hazera, now part of Nickersons Zwaan within the Limagrain Group, continues to produce new varieties, while a new name in the tomato field is Breedx, the seedless pepper company, which focuses on specialty cherry tomato varieties.