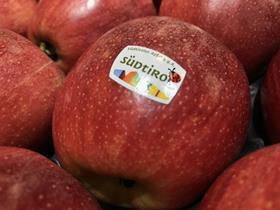 The fate of around 400 containers of Italian apples bound for India is under serious threat after the Asian country imposed a 21-day nationwide curfew in a bid to limit the spread of coronavirus.

The shipments in question have a reported combined value of €8m and represent a central part of the Italian apple industry's commercial campaign in India.

'Although the stop in activities should not be applied to the food sector, all ports and logistic activities in the country are completely blocked,' she reported.

No further apple shipments have left Italy for India, so the prospect of major hold-ups to fruit already on the water means a 'potentially explosive' situation for exporters, Assomela said in a statement.

Assomela, which represents the majority of Italian apple production, said that delays to the unloading of containers were already running at around 4-5 days prior to the lockdown.

'After the entry into force of a specific decree that introduced measures to check the health of crews of container ships which entail delays of 4-5 days for unloading the goods, at the moment the situation described by some importers would seem much more serious,' it said.

Despite there being no official protocol from the Indian government with regard to port operations, it seems fruit importers expecting to handle Italian apple arrivals were anticipating a partial or virtual closure.

'The limitations on the activities and movements of people imposed by the authorities would in fact affect any category and any sector, including that of the food and logistics connected to it,' the statement continued.

'The videos and images provided by the customers themselves demonstrate how rigid and violent control by the authorities makes it impossible not only to move, but simply to do their job even when it comes to food supply.'

Assomela is in contact with the Italian authorities to understand the real situation and possible methods of intervention.

Presented on 22 March, the practical guide promotes the smooth flow of products within the single market through so-called green lanes.

'Among the most important measures is the one that defines waiting times of a maximum of 15 minutes at the border for checks and health screening of drivers,' the group commented, adding that it should avoid long queues of traffic that had slowed down journey times for fresh produce in the EU.

'Problems remain with the availability of refrigerated trucks and especially drivers,' it added.

'After the panic of a couple of weeks ago, we continue to work at a very fast pace, to guarantee supplies by respecting the rules imposed and protecting the health of workers as much as possible, which are fundamental for maintaining the sector.'

Assomela also confirmed that finding enough workers in the summer and autumn could potentially be a major problem, and suggested that finding simpler methods of recruitment would be needed.