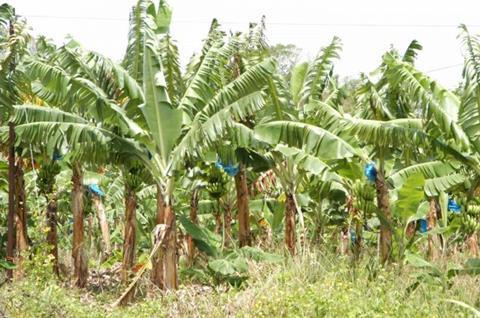 Plans to invest almost €5m of EU funding in Jamaica’s banana sector are advancing well, according to reports in the country, raising the prospect of the Caribbean nation restoring its former key position in the international market.

The investment, which is aimed at helping the island nation recover from a series of weather-related events over a number of years – notably the disastrous impact of Tropical Storm Gustav in 2008 – is being overseen by the Rural Agricultural Development Authority as part of the Jamaica Banana Accompanying Measures programme.

That project is aimed at boosting production and exports by reversing a decline in the country’s banana industry, for example by providing technical support and direct inputs to build infrastructure, assisting farmers who want to obtain GlobalGAP certification and helping Jamaica’s industry body the Banana Board produce around 120,000 new plants each year for growers.

“We expect by the end of this year that we will be doing even more where exporting is concerned,' the board's Janet Conie told reporters, 'because we will then be able to access some of those [new] markets. We believe that if we get larger volumes and we can ship in more feasible methods, like by containers, then the profits will be much better.'

Meanwhile, a separate initiative overseen by the Banana Board has opened the door to new varieties that could potentially offer something new and valued in the market.

The most promising of those banana varieties, which are referred to currently as FHIA 17 (a Gros Michel type) and FHIA 25 (said to be suited to cooking), apparently offer a “very high” level of resistance to Black Sigatoka disease, as well as being generally more hardy and productive.

According to the board, the FHIA varieties are ideal for consumers and processors because in their green state they are easy to peel, offer very good flavour and texture, and stay green for approximately ten days.

Back in 2006, Jamaica exported more than 32,000 tonnes of bananas, generating sales of more than US$13.4m. Within two years, however, exports had all but disappeared and have struggled to recover.

Heading up the EU delegation in Jamaica is agricultural attaché Stefano Cillí, who explained to reporters that latest funding brought the amount of external investment in Jamaica’s banana industry to around €49.3m in the past decade.