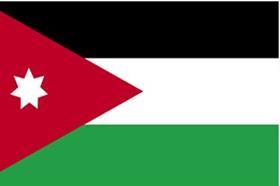 Growers and exporters in Jordan have struggled over the past year due to the closure of its two principal markets, Syria and Iraq, the former due to war, the latter due to political reasons.

“Farmers have been losing money since the beginning of the year,” says Wael Haddadin of Jordanian producer Haddadin Farms. “Syria was the largest importer from Jordan, followed by Iraq. Now both are closed.”

Haddadin believes that this trend is a real concern for the country. “It worries us that growers may stop producing,” he says. “Then we will have big problems. The economy is slow and there is no trade, but we need to feed our people.”

Jordanian companies also used to export to Russia through Syria, but now only small volumes of herbs make the journey, according to Haddadin, always by air. Some exporters are now looking to export to Europe by air, with new-season products like okra and cucumbers proving popular in the UK and France, especially during the current Eid Al-Adha holiday.

“A Russian company recently approached Jordanian exporters to start sending to Russia through Israeli ports,” says Haddadin, “so we will see how this works out. Exports to Saudi Arabia have also increased as a result, as have exports to the UAE, noth just for vegetables but also fruit.”

He said that the Jordanian government had reached an agreement for exporters to pass through Saudi Arabia and Kuwait to reach the Iraqi market, but revealed that costs were very high.

“In addition, there are already alternatives coming in from Iran, whose exports to Iraq have more than doubled in the past few years,” says Haddadin. “Iran is a competitor when it comes to fresh produce. In the past, Jordanians did business in Iran, but no one is making any investments at the moment. Since the decision to lift the sanctions, however, people are starting to talk about Iran again.”