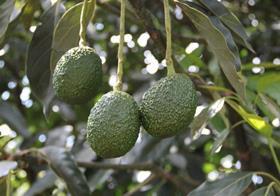 Kenyan avocado producer Kakuzi has issued a 'procedural profit warning', predicting a drop in full-year earnings due to lower production and exports of avocados.

The notice was issued as per the Capital Markets regulatory requirements and stated that the firm's earnings would be at least 25 per cent down on the year ended 31 December 2020.

In addition to the alternate bearing phenomenon, Kakuzi was also affected by lower market prices in Europe due to significantly higher volumes from Peru and Colombia and a drop in consumption as a result of Covid-19.

Ng'ang'a relayed the Board's direction to management to accelerate the firm's strategy of diversifying its products and markets, including enhancing domestic sales.

'The strategy aims to mitigate the global market volatility and over-reliance on the flagship export product,' Kakuzi stated.

Ng'ang'a said that such a strategy had been vindicated by the solid performance of Kakuzi's other crops and revenue streams, not least the macadamia business.

'As a responsible listed entity, we are taking this early opportunity to issue the profit warning notice, which is also consistent with the half-year earnings statement and commentary issued in August last year,' Ng'ang'a said.

Kakuzi revealed that the issue of alternate bearing was being addressed through effective canopy management strategies on the company's mature avocado crop.

The company also has a new immature avocado development of around 373ha, which is expected to further mitigate yield risks in the coming seasons.

Kakuzi commented: 'As part of the diversification strategy, Kakuzi has enhanced its forestry, blueberry and livestock production. The firm has also ramped up its legacy crop production with its avocado and macadamia production capacity, with several recent investments valued at more than KSh100m (€774,000). Land preparation for a new avocado crop is also underway in a crop area previously under pineapple production.'