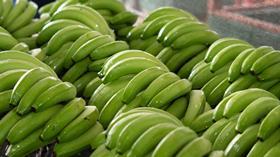 Banana producers in Latin America have condemned Aldi’s recent decision to cut the price paid to banana producers from next year. The retailer, the single largest buyer of bananas in Europe, has reportedly reduced its 2021 price by €0.06/kg, taking the box price down to €11.33.

In a strongly worded statement, producers and exporters from Ecuador, Colombia, Guatemala, Honduras, Panama and Costa Rica accused the retailer of “double standards”, which will have serious consequences for producers.

“Aldi’s public discourse embraces sustainability and yet there is a great discrepancy between its image towards consumers and its actions with producers,” the statement said.

“Its commercial department does not respect producers by paying the lowest possible price for bananas.”

The statement goes on to say: “Producing in a sustainable way entails costs which are assumed exclusively by the producers, while the rest of the value chain actors avoid any responsibility.

“We therefore denounce that supermarkets like Aldi do not assume their share of responsibility and maintain an opaque negotiating position that endangers the subsistence of producers.”

They also accuse Aldi of contradicting the position of the German government to ensure “fair relations” between the actors of the food chain, and also of conflicting with EU sustainability targets and the UN’s Sustainable Development Goals.

“We believe it is essential that the entire value chain must be economically, socially and environmentally sustainable, and to this end, it is necessary to implement an effective shared responsibility that redistributes the costs associated with sustainability among all the actors along the value chain.

The statement also calls for EU legislation to prevent actions such as those taken by Aldi.

“Until then, retailers must assume their share of responsibility and stop bargaining over prices that undermine producers’ livelihoods,” the statement concludes.

“Consumers and retailers want a sustainable product, and demand that workers are paid a fair wage. But paying a fair price is a shared responsibility. Whenever we raise the issue of prices the retailers tell us that it is the market. That is a mean-spirited attitude on their part.”