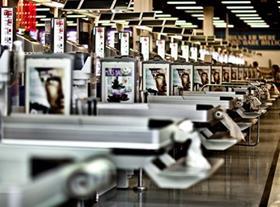 Five years after the closing of the transaction, The Sailing Companies has a call option on the remaining 19 per cent stake in Dansk Supermarked Group still owned by AP Møller Mærsk.

'We believe the time is right for AP Møller Mærsk to hand over ownership of Dansk Supermarked to The Sailing Companies,' said Mærsk CEO Nils Andersen. 'Over the last two years Dansk Supermarked has undergone a rejuvenation and has a strong future ahead of it. A new management team is in place with plans to develop the business both here in Denmark and internationally.'

Jens Berg Sørensen, board member of The Sailing Companies, has led negotiations from his company's side.

'Our ambition for Dansk Supermarked is continued growth for the benefit of customers, employees and owners,' he explained. 'The agreement mitigates any speculation regarding ownership, and allows us to focus entirely on the business and our ambition to create a world-class Danish retail company.'