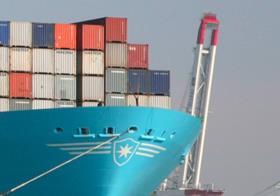 Maersk Line has announced that it is to bring in to force changes on its northern Europe-eastern Mediterranean (Euromed) service, which will take effect on 20 July 2009.

Changes to the rotation have been made to further improve the shipping group's northern Europe to Israel/Egypt product by increasing capacity, reducing transit times and expanding the direct port coverage, Maersk Line said.

To complement the new Euromed rotation, Maersk Line is also set to introduce a new east-west Mediterranean feeder service to cater for Gioia Tauro-Alexandria volumes as well as other key corridors.

The rotation on this new service will be Algeciras, Gioia Tauro, Alexandria, Mersin, Izmir, Algeciras.