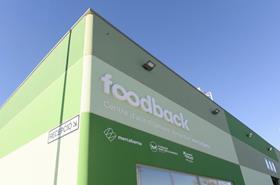 Mercabarna has opened a new 900m2 facility to handle the redistribution of surplus fruits and vegetables from wholesalers at the market to charities throughout Catalonia.

Foodback, which opened on 1 February, will be managed by an alliance of charities, institutions and private companies.

Fundació Banc dels Aliments will organise the distribution of food, while Formació i Treball is responsible for the recruitment of staff from disadvantaged backgrounds to screen the fruit and vegetables.