While new stonefruit variety crossings between different cultivars have been around for some time, it seems as if these new fruits are about to enter the mainstream for South African exporters. 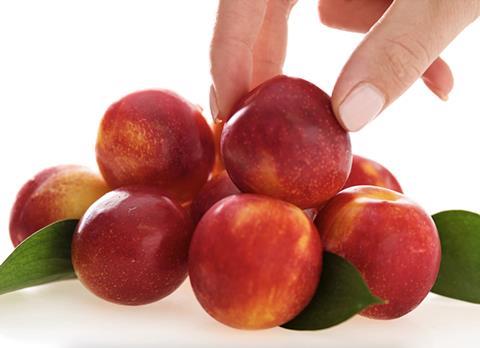 These are referred to as ’interspecific’ varieties and are mainly emerging from the Zaiger Genetics Interspecific Plums breeding programme in the US.

“From red-fleshed to yellow-fleshed varieties, the two licensed exporters, Icon Fruit and Cape 5 Exports, see a demand from the better clients who are willing to pay for the product,” said Jannie Marais of South Africa’s Custom Plum Company.

“Most have Apricot blood, but the one speciality we have is Cherryplums, which is part cherry and part plum,” said Marais.

The advantage of these plums is their huge improvement in aroma and taste over older varieties, he explained, with the biggest advantage for exporters and growers being that the plums all travel at single temperature and are therefore perfect for Sterri markets such as the US, where cold treatment is required as a condition for entry.

While the interspecific varieties are making progress, producers and exporters have said the more immediate future of the plum export business from South Africa will depend on older varieties that have met the challenging requirements of cold treatment markets.

Marais noted that the interspecific varieties offered quite a new look and taste and were already available at various stages of the season.

“Ruby Dawn is for instance a red-fleshed plum which ripens at the beginning of December and is currently in demand amongst growers. It is producer friendly and the fruit size relatively large.”

Festival Red is also a red-fleshed variety which ripens just before Christmas,” he outlined, with a strong aroma and full of flavour.

“One of the best varieties is Ebony Rose, a sweet tasting variety which is ripens in January and is one of the varieties with most promise,” he added.

The last red-fleshed variety is Honey Punch which is normally harvested in South Africa at the beginning of February.