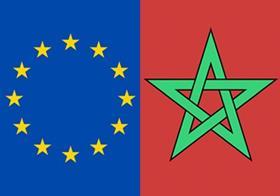 The European Union imported 4 per cent more fruits and vegetables from Morocco in 2019, up to 1.4m tonnes year-on-year, accoring to Eurostat data.

Over the course of the last five years, EU imports of Moroccan fresh produce have grown by 40 per cent, the Eurostat data – processed by Spanish group Fepex – outlined.

Spain's imports from the north African country jumped 8 per cent last year, and have grown 82 per cent over the last five years.

Fruit volumes stood at 533,065 tonnes, with watermelons and oranges the leading products.

Over the course of the last five years, imports of Moroccan fruit to the EU has risen 53.6 per cent, with vegetables climbing 26 per cent.

'For Fepex, the growth of the community (EU) import of Moroccan products in periods coinciding with Spanish exports is worrying, and, especially in the ase of tomatoes, greatly exceeds the volumes forseen in the Association Agreement,' Fepex said.

'The EU's import of tomatoes from Morocco maintains a constant growing trend, totaling 481,706 tons in 2019, with growth of 26 per cent in the last five years, while Spanish exports in the same year amounts to 767,000 tonnes, with a constant downward trend going back 20 per cent in the same period,' Fepex added. This is causing disturbances throughout the greenhouse vegetable sector due to the difficulty of competing with low production costs, mainly salary and social costs. In the 2019/20 campaign this evolution is maintained, with growth of 7.8 per cent in the period between October 2019 and January 2020.'