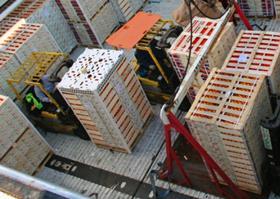 Morocco has reacted angrily to accusations by Copa-Cogeca that the EU-Morocco trade agreement is harming European fruit and vegetable producers.

Earlier this week, Copa-Cogeca sent a letter to European Trade Commissioner Valdis Dombrovskis, calling for the Commission to take swift action in the face of what it calls “dramatic disruption” to the fruit and vegetable market, particularly the tomato market.

This prompted the Moroccan Confederation of Agriculture and Rural Development (COMADER) to issue a statement on Thursday seeking to rectify “certain false allegations concerning Moroccan exports of fruit and vegetables to the European market”.

The statement denied that trade had experienced any major disruption and insisted that the trade deal, which came into force in 2012, has been mutually beneficial for both sides, facilitating the sustainable development of farming communities and the supply of high quality products to EU supermarkets, especially outside the European harvest season.

It went on to say that as Morocco supplies just 2 per cent of the total volume of fruit and vegetables sold in the EU, it is “difficult to understand how this…can so destabilise or harm European production”.

COMADER’s president, Mohammed Alamouri, commented: “It is a shame that the difficult conditions for all operators in the agri-food sector in the Mediterranean, caused in particular by the Covid-19 pandemic and Brexit, are being used by interest groups to question an agreement of free trade which benefits the EU even more than Morocco, and the balance of agricultural trade proves it, this agreement brings prosperity and economic dynamism that we extremely need at this time.”

COMADER also dismissed Copa-Cogeca’s claims that Moroccan tomato exports were squeezing European producers out of the UK market, noting that UK-Morocco trade is done under a quota system.

COMADER said it remained “open to discussion between farmers and peasants from both shores of the Mediterranean, and is pleased that the Moroccan agricultural strategy ‘Generation Green’, launched in 2020, has been welcomed by the European Commission in its new strategy for the southern neighbourhood, in particular for its contribution to the sustainability of the agri-food sector, which remains a priority shared by all”.