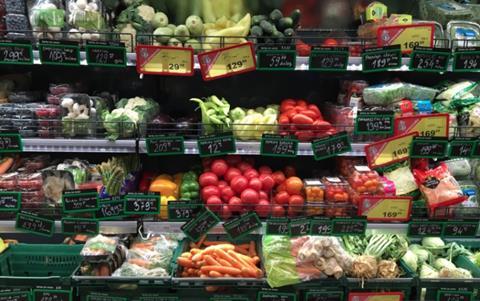 The first in a new series of discussion and networking events designed to promote interest, investment and innovation in new and emerging areas of the fresh produce business, Fruitnet Forum South-East Europe, will take place on 29-30 November at the Hyatt Regency in Belgrade. Organised by Eurofruit, the high-profile event will focus on new opportunities to grow the fresh fruit and vegetable industry in south-east Europe, both in terms of developing exports and procurement from the region and building demand within it.

The conference itself will feature presentations from key players with a direct involvement in south-east Europe’s horticultural sector, as well as expert comment and analysis from a mixture of regional and international players including retailers, importers, exporters, producers and service providers.

The opening session, entitled ‘Setting the scene: current landscape and 2020 outlook’, will ask what potential there is in the region to establish sustainable and profitable business ventures operating in the fresh fruit and vegetable sector. As companies, investors and entrepreneurs in South-East Europe look to capitalise on growing demand for fresh produce in a number of international markets, how should such ventures be organised and funded? Which particular opportunities should they target? And what will be the major challenges for those investing in the region over the next few years? Answering those questions will be Neven Kurtovic of Belgian fresh and frozen produce multinational Greenyard Foods, Boštjan Kozole of Slovenian apple exporter Evrosad and Dubravka Savic, an expert in horticultural production and certification based at the University of Belgrade.

Following on from the opening session, the conference will look more closely at areas that show particular promise as far as South-East Europe’s fresh produce business is concerned. Among the speakers will be Branko Bajatovic of UK-based company Bluemond, which has developed high-grade blueberry production in the region, and Vesna Rosic, quality manager of Serbian exporter Ritopek Cherries. They will consider which products could be the region’s star performers over the coming years.

Later in the day, the third session of the conference will turn attention to the markets themselves. With interest in South-East Europe’s fresh fruit and vegetable business reported to be increasing significantly, what potential is there for fresh produce suppliers to achieve commercial success in the international market? And what about their chances of securing new business in South-East Europe itself? Attempting to answer those questions will be Hugo Vermeulen of Cool Fresh, a leading fresh produce importer-distributor based in the Netherlands, as well as Pavle Bajkoovic of Serbian exporter Apple World.

The final session of the day, meanwhile, will look at a number of practical methods for securing growth. Offering their take on particular areas where improvement in terms of productivity can be achieved will be: Adriaan van Beek of Dutch coldstorage technology company De Laat Koudetechniek, Aleksander Jankovic of Serbian greenhouse tomato producer Sagal Agrar, Milena Slobko-Jerman of Slovenian logistics operator Luka Koper and Cristian Ferrari of Italian orchard and vineyard protection specialist Valente.

Across South-East Europe, interest in agriculture and especially horticulture is said to be growing dramatically, with investors showing more interest recently in the region’s potential as a fresh produce supplier amid doubts about the profitability of other traditional industries. As a result of its considerable natural resources, many believe that south-east Europe has massive opportunities not only to add value in established categories like apples and pears but also to establish the region as a new and alternative source of high-value products like, for example, asparagus, berries and stonefruit.

But with those opportunities come challenges. The region’s suppliers need to ensure they have the right kinds of product, in the right condition, at the right time. The potential to produce and export is huge, but which markets should they be targeting and what is the best way to ensure supply is met with demand? Fruitnet Forum South-East Europe's goal is to uncover where the demand lies, either in the region itself or beyond, and how best to go about satisfying that demand.