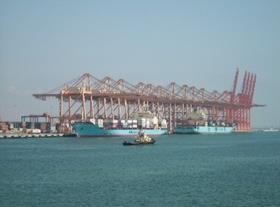 Sergio Espeschit, CEO of Vale in Oman, told the Times of Oman: 'Our partnerships in Brazil and Oman have created the opportunity to engage educational institutions in the transfer of knowledge, and the sharing of research and expertise to benefit the local community in North Al Batinah.

'Currently, the Sultanate imports 66 per cent of its mangoes. This project will contribute in changing the scenario while raising the in-country value by providing the means to farmers, to transform farms into sustainable commercial agri-businesses.'

Speaking at a workshop conducted for local farmers at the SQU, Dalmo Lopes de Siqueira, professor of crop sciences at the UFV, said: 'Together with Vale and the SQU, our main objective is to share the Brazilian agricultural knowledge gained through our research conducted in Brazil, and provide Omani farmers with the techniques necessary to increase yield of both crops, and prevent further erosion of such important crops.'

'We will also monitor fruit production in Oman and share the findings of our projects in Brazil, focusing on plant pathology, while aiming to maximise our contribution to the sustainable growth of North Al Batinah's agriculture industry.

'One of the objectives of our research is to obtain Brazilian mango cultivars that are resistant to Mango Wilt, to be introduced in Oman. Omani farmers can propagate them in the Sultanate's climate and specific soil conditions.'