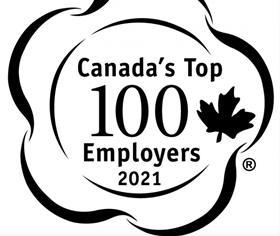 Oppy has announced that it was recently selected as one of Canada’s Top 100 Employers, marking the first time the international fresh produce grower, marketer and distributor has been recognised with the award in its 162-year history.

The national competition, now in its 21st year, honours industry-leading employers who offer exceptional workplaces for their teams.

Companies on the list are evaluated according to eight criteria which assess a variety of metrics including the physical workplace, the work and social atmosphere, health, financial and family benefits as well as others.

During the evaluation, businesses are compared to their industry peers to determine which organisation offers the most progressive programmes.

“Oppy is honoured to have been recognised among the top employers in Canada, joining the ranks of some of the best companies in the nation,” Oppy’s chairman, CEO and managing partner John Anderson said. “To be selected during this exceptionally challenging year reflects Oppy’s well-placed fundamentals, which help us focus on prioritising the wellbeing and development of our team above all else. By placing people first, the business is also able to grow as a result.”

Oppy’s inclusion on the list follows other recent recognition, such as being selected by Deloitte as one of Canada’s Best Managed companies for 19 consecutive years in 2019, the 2019 BC Top Employers and Canada’s Most Admired Corporate Cultures awards.

In 2017, Anderson was also selected as one of Canada’s Most Admired CEOs for 'nurturing a culture at Oppy that enhances performance and sustains a competitive advantage'.