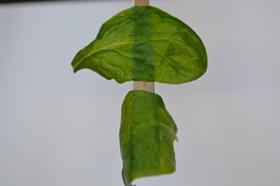 Sweden’s OptiFreeze had developed a new technique to preserve the quality of frozen fruits, berries, vegetables and herbs that promises to deliver produce to the consumer as fresh as the day it was picked.

The patented technology, which allows produce to be frozen and subsequently thawed with no apparent impact on its quality, was developed by researchers at the Department of Food Technology at Lund University seeking to understand why certain plants can survive freezing while others collapse and die.

Freezing causes many fruits and vegetables to lose their flavour, form and structure. This is due to the cells of the living plant bursting as the ice crystals form during the freezing process. When researchers examined plants such as winter wheat, they were found to contain natural sugars that protect the cell membrane from frost damage and prevent cells from collapsing. OptiFreeze works by extracting these natural sugars and plant proteins and inserting them into the cells of fruits, berries and vegetables.

“We believe this technology could revolutionise the fruit industry by opening up new markets around the world,” says CEO Fredrik Westman. “It gives companies the ability to harvest fruit such as berries at optimum ripeness and transport them across large distances, ensuring they reach the consumer in good condition.” 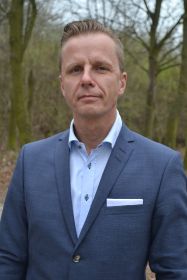 It also taps into the growing trend for local sourcing, providing the ability to offer local products all year round. For example, Swedish strawberries could be harvested in July, frozen, and consumed on New Year’s Eve with a glass of champagne.

The process works better for crops that already have a high sugar content and can be applied to fruits and vegetables with a high porosity such as leafy vegetables, berries, apples and mango.

“Some plants possess a natural ability to survive in cold conditions and these respond best to the technique. For plants that do not have this ability, we optimise the technology to mimic nature by introducing natural sugars to the tissue,” Westman explains.

There are two stages involved in the method. In the first step, vacuum impregnation, products are soaked in a bath filled with a specific concentration of naturally occurring sugars and anti-freeze proteins extracted from cassava or winter wheat for example. The second step involves exposing the product to very brief high-voltage electrical pulses, which create pores in the cell membranes allowing the sugar to enter. As soon as the electrical field is withdrawn, the cell membranes close and the product is ready to be frozen.

This means that the membrane is doubly protected from the outside as well as from the inside and it is this that preserves the texture, flavour and nutritional content of the product after freezing and thawing.

The technique can also be applied when drying fruits, cutting drying time and preserving quality much better than current available methods.

Westman says response from produce companies so far has been overwhelmingly positive. “They all agree that the technology offers something completely new that is not available on the market today. We have made the competition irrelevant by opening up new and uncontested markets,” he notes.

OptiFreeze is now working to scale up the technology and has built a prototype plant that will give the company a clearer idea of the cost implications for producers. Westman estimates that the production cost could be is below €0.02 per kg.

“Two years ago we could treat a few grams whereas now we can treat several kilograms. By later this year we aim to be able to process several tonnes of berries or fruit per hour,” he says.

“We are confident that the resulting increase they will see in the value of their products will make it very profitable for companies to use our technology.”

Together with its partner John Bean Technologies and Swedish vegetable producer Norrvidinge, OptiFreeze is now working on delivering frozen rocket leaves to Orkla Foods Sweden to be added to their frozen ready meal range later this year. The company is also in discussions with a number of European berry companies.